FOR THE VERY FIRST TIME IN AUSTRALIA

She has made Bollywood beauties like Priyanka Chopra (In Raam Leela), Katrina Kaif (In Zero) & Mahira Khan (In Raees) dance to her voice and she will be with us to make sure that this turn out to be the biggest Garba Night of 2019 in Melbourne.

So Khelaiyao, get your Dandiyas ready to rock the floor with Bhoomi Trivedi…!!!!

Unpack your traditional attire – Colorful Ghaghra-Choli & Kurta-Pyjama before you become a part of this evening that await you.

Get ready for another simply mind blowing performance .

Trivedi is hailed from a musical family in Vadodara of Gujarat. She started to learn music while she was in 8th grade. Her father is a Railways employee who is fond of singing and her mother is a folk who has her own music group. Her elder sister is an engineer and a trained Bharata Natyam dancer.

Bhoomi Trivedi started her singing career as a participant in Indian Idol Season 5. Her song Ram Chahe Leela was an instant hit with the audience. After that, there was no looking back. In town for a live concert, the Vadodara girl spoke about her love for music, family and more.

Trivedi, began her Bollywood career with 2012 film Prem Mayee with the song “Bahne Dey” However, she rose to fame with her rendition in Sanjay Leela Bhansali’s 2013 released film Goliyon Ki Raasleela: Ram-Leela, where she lent her voice for the song Ram Chahe Leela which was picturized on Priyanka Chopra. She was initially approached to pen Gujarati lyrics and sing that bit for a song arranged by Shail Hada when she was told that Bhansali was looking for a different voice to sing a song for his next film. The song was well received by the audience and critics, while reviewers praised Trivedi’s rendition in the song. Other than Bollywood songs, she also had recorded for several Gujarati films.

Yash Soni in a versatile Indian theater and film actor. He made his movie debut in 2015 with the Gujarati film Chhello Divas, for which his performance won him immense praise. After having appeared in a couple of experimental and commercial roles in theater, Yash made his Bollywood debut in 2016 with the comedy movie Days of Tafree, the Hindi re-make of Chhello Divas. His 2018 release, Shu Thayu, is a comedy drama directed by Krishnadev Yagnik. His most recent movie – Chal Jeevi Laiye is a super hit and is the highest grossing Gujarati movie of all time. 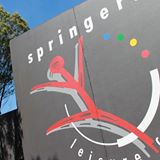